I know many blog readers also subscribe to my newsletter, and I want to say thank you for doing that. So in addition to this post there will also be some extra content – the ‘studio story’ behind the project – sent directly to newsletter subscribers. If you would like to receive my Studio Stories, approximately six times a year, as well as news of new work, events and classes, you can subscribe here.

One of the advantages of an island nation is that you’re never very far from the coast. If we were travelling this year – and we’re not – then we would very likely be heading in our favourite direction, up towards the north coast of Scotland.

It’s not the best known part of our mainland coastline, and it’s not the most accessible either, but those are two very good reasons why we like it so much. After a trip to the North, I always return to the studio refreshed and refilled with inspiration and energy.

In this post I am sharing a design which was inspired by an old cobbled slipway. The rounded stones and the colours of rock and lichen found their expression in a very simple structure: turned Ms and Os.

Turned Ms and Os can be woven on four shafts, but if you have more than four then it is worth adding a plain weave selvedge (threaded on shafts 5 and 6 and weighted separately). Otherwise a selvedge block threaded on shafts 1 and 4 will do the trick, in combination with a floating selvedge.

What I’m sharing here is a portion of a draft. I can’t share a complete draft, because no such thing exists. One of the staples of my practice is to set myself up with a threading and then play around with the treadling at the loom, improvising block and colour changes as I weave. The portion shown below illustrates the way you can highlight the structure with your colour choices.

I started my warp with shades of grey, brown and orange. As I went along, I grafted in other colours, exchanging the orange for blue and green to create a collection of blankets in different combinations.

Get weaving inspiration and information direct to your inbox, as well as behind-the-scenes stories from my weaving studio, by subscribing to my email list. 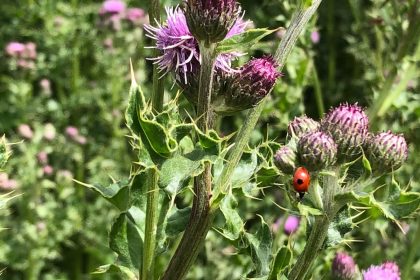 Get Warp Space in your inbox!

Essentials that every weaver needs to know